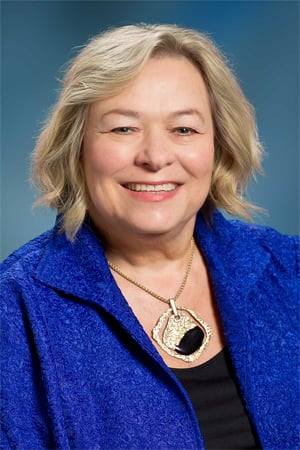 Suone Cotner has served as development director for the Washington State Association for Justice since 1997.  She brings a lifetime of national and state political and fundraising experience to her work.

Cotner is responsible for managing and growing WSAJ’s prestigious EAGLE program and WSAJ Foundation. In order to safeguard our civil justice system, WSAJ relies on the support and leadership of member attorneys and legal professionals. The EAGLE program sustains WSAJ’s powerful government affairs program that educates the Washington State Legislature and Washington’s congressional delegation on civil justice issues. The Amicus program, supported by the WSAJ Foundation, ensures that WSAJ’s voice in the courts delivers a legacy.

In 2006, WSAJ honored Cotner with its Alvin Anderson Award for her critical role in raising $6.8 million to defeat an anti-consumer measure (I-330) that hurt injured patients.

She is a senior advisor to all of WSAJ’s political work.

Prior to working for the Association, Cotner was president of the Mt. Baker Group, a fundraising and public affairs consulting company. Her clients included congressional and state candidates, trade associations, and non-profit organizations throughout the United States. As a professional development director, she routinely trains and advises progressive organizations on fundraising strategies.

She served as a top aide, lobbyist and strategist in Washington, DC, for more than a decade. She later launched her own public affairs consulting firm, the Mt. Baker Group, here in Washington state before coming to WSAJ. She is the former executive director of ERAmerica, a national coalition of organizations working to pass the Equal Rights Amendment to the U.S. Constitution.

She currently serves as a board member for Fuse Washington, one of the state's largest progressive organizations. She remains politically active, volunteering for various groups active in advocating for civil justice and women’s issues.

Cotner lives with her husband, Tim Cottrell in Seattle. When she is not working, you might spot her on a sailboat, travelling to Europe as an amateur wine taster or enjoying the view out of her cabin on Hood Canal.