This summer, WSAJ Trial Stars will join us via Zoom in a series that is open to, and complimentary for, EAGLE members in practice 5 years or fewer. Our 2021 Fellows will also be invited to participate.

Attendance is limited so that there will be time for Q&A and dialogue with the speaker.  WSAJ hosts these series periodically to give our young EAGLE members exposure to some of our more experienced members in an informal setting where you can ask questions about trial preparation, techniques and more.

Jane attended the University of Washington, where she majored in Business, with an emphasis in Finance, and minored in Political Science. She then went on to attend law school at Seattle University where she was a Moot Court participant and an editor for a law periodical. Jane graduated, cum laude, with her juris doctorate in 2007. Jane represents injured or disabled workers with claims before the Washington State Department of Labor and Industries. In her daily practice, Jane fights for the treatment and benefits to which her clients are entitled, going up against the Department of Labor and Industries, self‐insured employers and retrospective rating group employers administratively and, when necessary, in litigation before the Board of Industrial Insurance Appeals and at the superior court level. Jane is a tenacious advocate for her clients, whether she is arguing her point to a claims manager or presenting her case to a judge or jury.

In her prior practice, Jane focused on felony and misdemeanor criminal cases, a variety of family law cases, some civil cases and even the occasional tribal jurisdiction case. Jane also worked as a public defender before entering private practice. This variety of courtroom experience gives her a strong footing in her current workers’ compensation practice. Jane is an EAGLE member of the Washington State Association for Justice (WSAJ), and was a speaker at WSAJ’s annual workers’ compensation seminar. Jane is also a member of the Workers’ Injury Law & Advocacy Group (WILG), a national non‐profit organization dedicated to representing the interests of injured workers and their families.

Jane has been named a Top Women Lawyer by Seattle Met Magazine, 2016 ‐ 2018. Jane was labeled a “Rising Star” by Super Lawyers magazine in 2010 and 2016 ‐ 2018. She is admitted to both the Washington State Bar as well as the federal court, Western District of Washington.

When Jane isn’t in the courtroom, she can be found playing softball or tennis or, if she’s lucky, traveling with her wife. 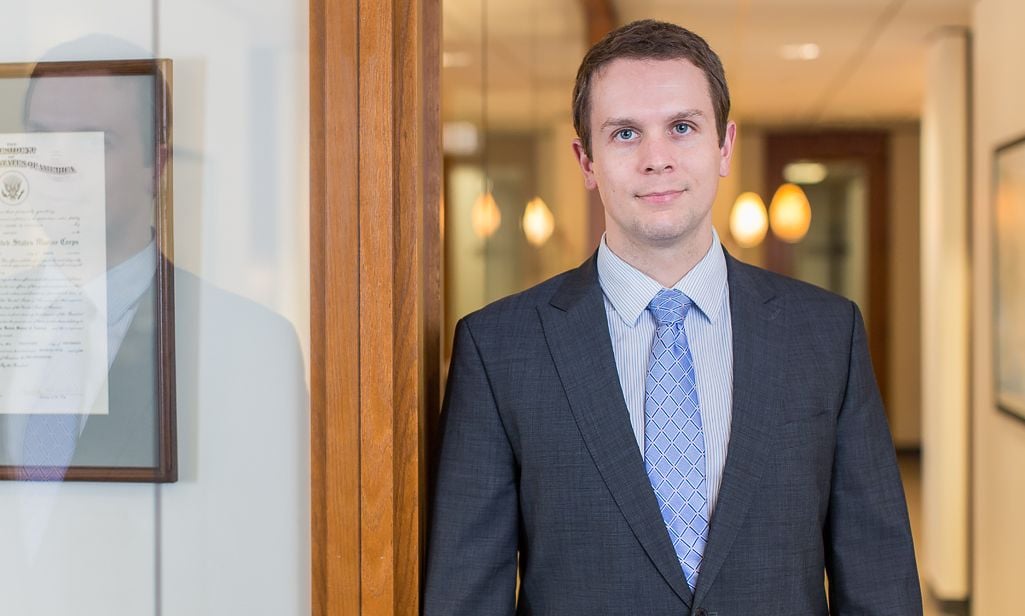 Brian also collaborates with other law firms filing lawsuits in Washington State on behalf of victims of asbestos-related diseases, and he litigates the occasional Jones Act/maritime case.

In addition to his busy litigation practice, Brian is active with several organizations which help preserve the rights of injured workers. He is an EAGLE member of WSAJ, and for 2017-2018 he served as the Chair of its Workers’ Compensation Section. Brian is also a member of the Workers’ Injury Law & Advocacy Group (WILG), a national non-profit organization dedicated to representing the interests of injured workers and their families. He has written and filed “friend of the court” briefs in Washington State on behalf of WILG in significant workers’ compensation cases.

Outside the office Brian enjoys spending time with his wife and daughter. He can often be found working on his house, cycling, hiking, fly fishing, or playing the drums.

Via Zoom – Zoom instructions will be sent to registrants in their confirmation email. Attendance is limited, so sign up now!

P.S.  If you are not an EAGLE member, please contact Suone Cotner at suone@washingtonjustice.org to join EAGLE for only $55/mo.  This is only one of the many benefits EAGLE members enjoy at WSAJ.