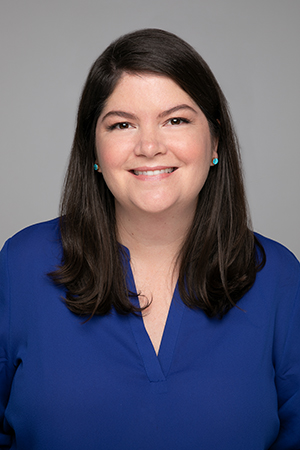 As executive director of the Washington State Association for Justice, Liz Berry brings a lifelong connection to the trial bar and a history of fighting to empower people. She is also a seasoned political operative and an advocate for women in leadership.

Berry is committed to building on WSAJ’s reputation as one of the nation’s most respected legal watchdogs—protecting access to the civil justice system for consumers and injured citizens. She took over as WSAJ’s executive director in June 2016, previously serving WSAJ as Associate Director of Government Affairs and Communications.

Berry has brought a new vision for the organization to ensure it’s relevant to both WSAJ’s rising-star talents and legends. Her vision is simple: expanding WSAJ’s innovative offerings through education, networking and advocacy is paramount to ensuring WSAJ remains relevant to its 2,400 plaintiff injury attorneys in the region. Recruiting the next generation of WSAJ trial lawyers is her top priority.

She has expanded WSAJ’s reach and availability through smart technology, online platforms and social media. Under Berry’s leadership, EAGLE membership has grown to its largest size in history. EAGLEs support WSAJ’s government and public affairs efforts that protect consumer access to the state’s civil justice system. WSAJ’s business sponsorship revenue has almost tripled during her tenure.

She launched WSAJ’s Trial Advocacy Summer Fellowship Program for second-year law students in a targeted effort to recruit the next generation of WSAJ EAGLE members and plaintiff attorney talent for the Northwest region.

Berry is no stranger to political campaigns and big battles. Prior to WSAJ, she managed three separate campaigns here in Washington state. She is the former Legislative Director to U.S. Rep. Gabrielle Giffords, D-AZ.

Berry has served on the boards of numerous organizations dedicated to recruiting women into leadership positions including Women Under 40 PAC, Women’s Funding Alliance and the National Women’s Political Caucus of Washington. As the former president of the NWPC-WA, Berry injected new energy and ideas to recruit and engage younger women and women of color. During her presidency, she doubled membership, tripled Political Action Committee (PAC) fundraising and recruited a new board that reflected the next generation of women in politics.

She is a graduate of American University in Washington, DC, where she studied communications, legal institutions, economics and government. She and her husband Michael Hill live in Queen Anne with their son George and daughter Eleanor.